A crumbling religious theme park in Connecticut that has been closed for nearly 30 years had $150,000 slashed off its asking price last week. Holy Land USA, in Waterbury, was shut for renovations by founder John Baptist Greco in 1984. When Greco died two years later, it was left in the hands of a group of nuns and has fallen into disrepair.

Story here. I first ran across this place in the late eighties, and have been back a number of times over the years. It’s every bit as creepy as you might imagine, but fascinating as well. “Theme park” overstates the case — though it was apparently quite popular in its heyday, it’s really a folk-art-gone-wild kind of place, along the lines of Howard Finster’s old compound in Georgia. The model of Jerusalem, for instance, is built from all kinds of construction cast-offs — old water tanks, things like that.

I took these photos sometime in 2002; I imagine the place has deteriorated significantly since then. 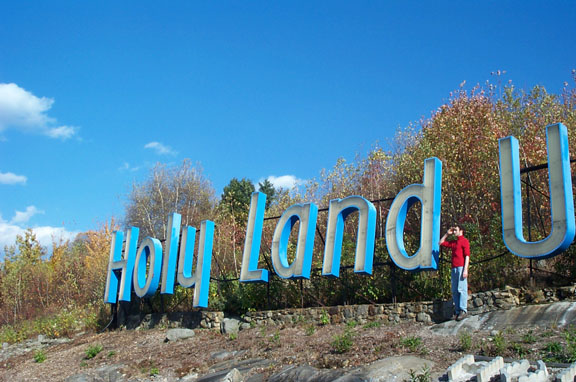 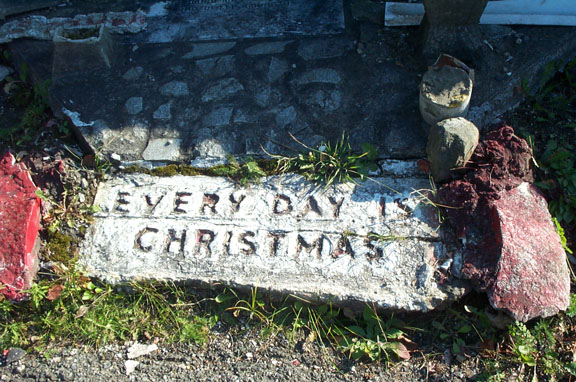 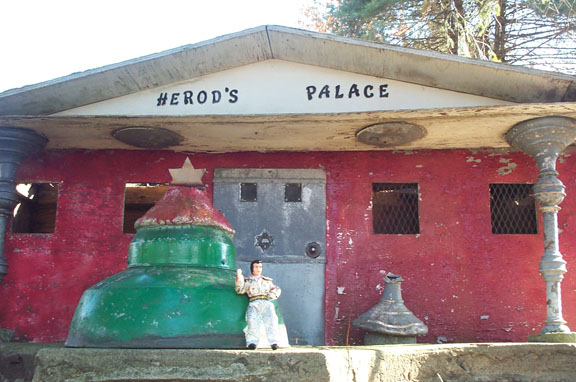 Small Elvis was my own addition. Also, the people you see were with me — it’s not the sort of place where you’re likely to run into someone. At least, you hope you don’t. More below the fold. 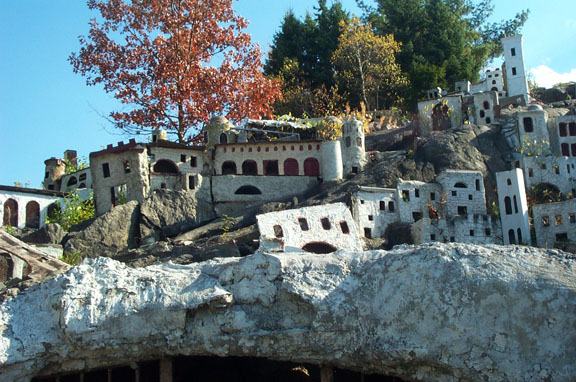 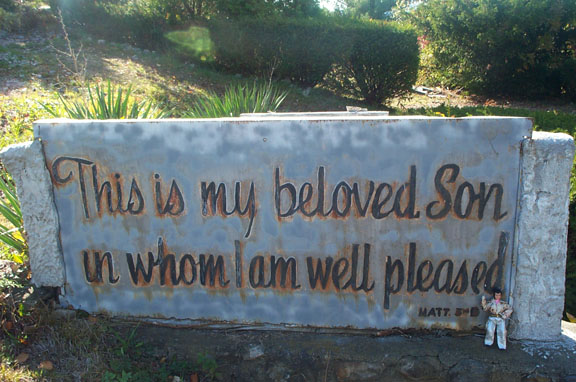 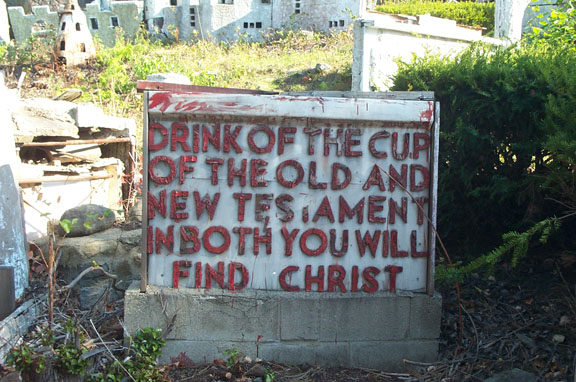 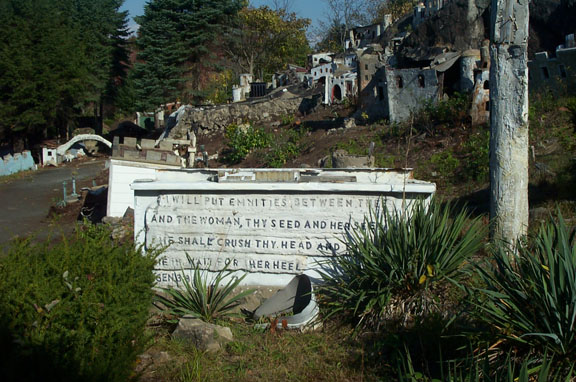 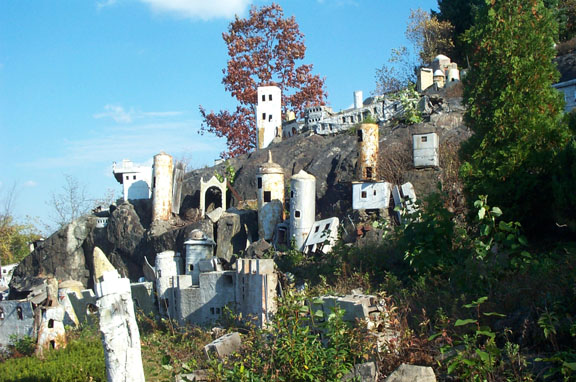 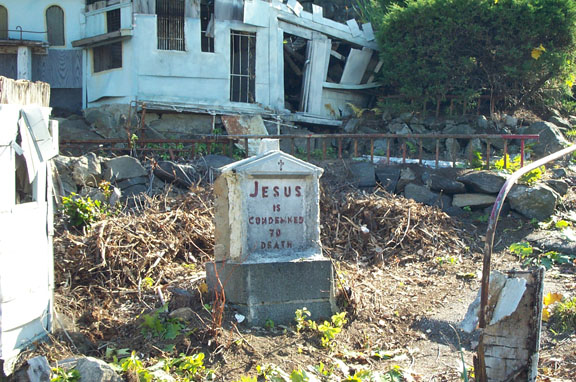 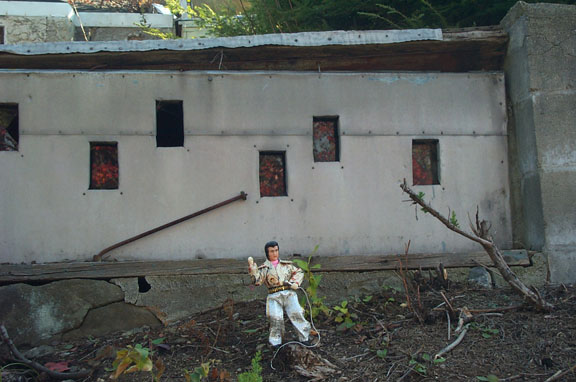 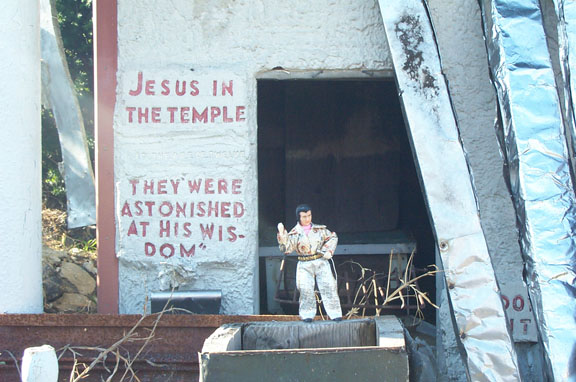 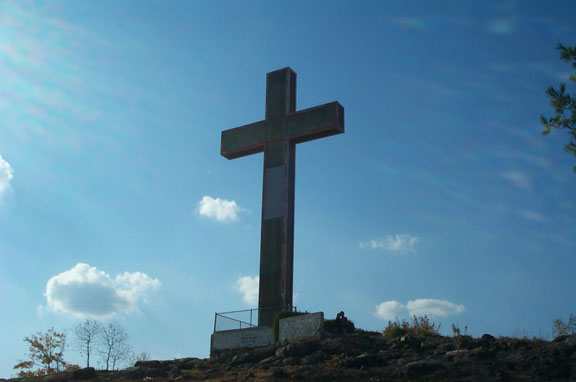 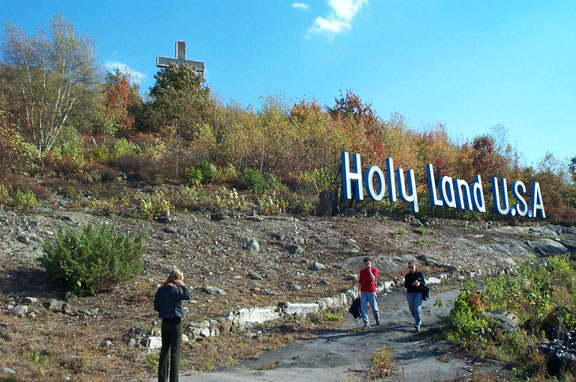 This flickr set has some pictures of Holy Land when it was open. And here’s a good article from the New Haven Register on the history of the place.