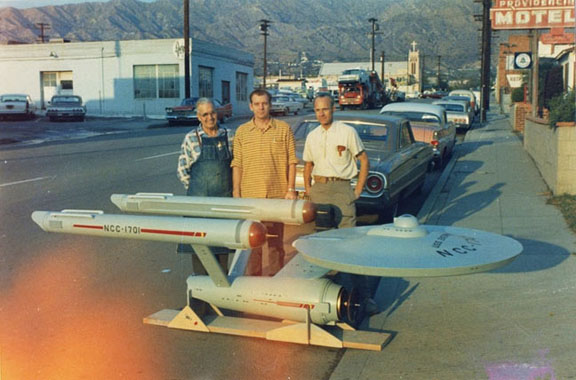 What a great image, on so many levels. Not sure where I ran across it originally, just found it the other day while cleaning off my desktop. Judging from the shadows, it’s either the start of the day or the end of it, as the men who built the Enterprise stand outside their workshop in some nonsdescript industrial neighborhood in Los Angeles, maybe waiting to crate their handiwork off to the studio. A couple of signifying details (which my fellow geeks will readily spot) identify this as the model built for the first pilot, which puts this at about 1964. They’re standing with one of the single most enduring icons of popular culture, but nobody knows it yet.

Update: on the internet, someone always knows the answer. It’s a workshop in Burbank, in December, 1964. Probably looking northeast, which would make it early evening. 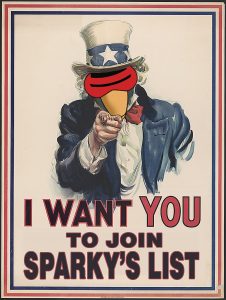